From its conception, over 170 years ago, Holland & Sherry has continued to supply prestigious tailors and luxury brands with the finest cloth. In 1836 Stephen George Holland & Frederick Sherry began the business as woollen merchants at 10 Old Bond Street, London, specialising in both woollen and silk cloths. 1886 saw Holland & Sherry moved premises to Golden Square, at the time the epicentre of the woollen merchanting trade.

By 1900 the firm was exporting to many countries and around that time a sales office was established in New York. In the early part of the twentieth century, the United Kingdom, Europe, North and South America were the dominant markets for the company. Amongst other distribution arrangements, there was a Holland & Sherry warehouse in St. Petersburg, Russia, a successful market prior to the revolution and now being successfully renewed.

By 1982 the business moved to Savile Row, which remains as our registered head office. In 1968 Holland & Sherry bought Scottish cloth merchant, Lowe Donald, based at Peebles, in the Scottish Borders and decided to locate their distribution to the purpose built warehouse there. Of all the cloth merchants of Golden Square which were established in the late 1800’s, only Holland & Sherry remains. Over the decades we have purchased nearly twenty other wool companies.

We are constantly engaged in research for ever finer and more luxurious fibres and fabric qualities; sourcing the finest natural fibres, ranging from super 200’s with cashmere to pure worsted Vicuña. Our cloths are woven in the time honoured way by generations of craftsmen to assured quality and good taste. A bespoke tailored garment in luxury Holland & Sherry cloth is truly an investment and always a pleasure to wear.

Our customer base covers a wide spectrum, from providing cloth for films such as Mission Impossible and Moulin Rouge to the cast of the English National Opera. We also pride ourselves in supporting the next generation in the fashion and textile industry.

The idea of the suit, an outfit of matching jacket and trousers, is widely credited as British. For more than 200 years British menswear has produced original and authentic fabric and garments, including tartan, tweed and fine woollen and worsted cloths. In the late 18th century, the fashionable tailors who developed British menswear and utilised British textiles, formed a tight circle of workshops in London’s West End, which is known globally today as Savile Row.

Britain has traditionally been at the forefront of the textiles and tailoring market for more than 200 years. Holland & Sherry is proud of its British heritage and continues to source cloth from textile manufacturers in Yorkshire and Scotland.

Focusing on the manufacture of wool fabric’s for men’s suiting, the West Yorkshire textile industry benefits from a damp climate and Pennine water which are particularly suited to the spinning and finishing of cotton and wool. Yorkshire mills are proud companies of tradition, whose history and expertise often stretch back over generations. Yorkshire textiles enjoy a reputation for high quality, based on tradition and history but also on the quality of raw materials and a high standard of finish.

Tartan and Tweed are synonymous with Scotland and have helped build an international identity and reputation for Scottish textiles. Tweed, woven from carded short wool, using rough fibres and warm rustic colours, has come to evoke the countryside and outdoor pursuits associated with Britishness.

The word ‘tweed’ itself is an English variant on the Scottish word tweel which referred to the wool cloth woven by hand by Scottish highlanders and island dwellers. The term has come to be associated with the tweed river, which runs through Peebles, where Holland & Sherry’s distribution warehouse is based, later becoming a description for all carded home spun wool.

The term ‘district check’ embraces a total of more than two hundred estate tweeds. In 1848 Prince Albert acquired the vast Balmoral estate in the North of Scotland, to where the Royal’s were followed by a number of other aristocratic families, attracted by the abundance of outdoor space with opportunity for hunting and fishing. The district check originates from the distinctive and exclusive patterns designed for wear by the staff of each estate, as a means of identification, similar to that of the Scottish clan tartans. These checks would also have been worn by the proprietors of each estate for the purpose of camouflage when hunting and shooting in the remote Scottish hills.

The cloth Harris Tweed itself originates from the beautiful remote islands of the Outer Hebrides – off the west coast of Scotland and has become one of the most famous wool textiles in the world, used predominantly in the menswear market. The unique selling point of Harris Tweed is its use of local materials and hand crafted techniques. The finished cloth is inspected and stamped on the reverse side with its trademark Orb, as certification and to promote and protect the name of Harris Tweed. 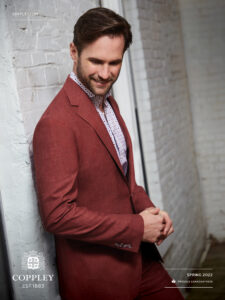 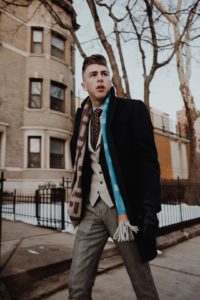 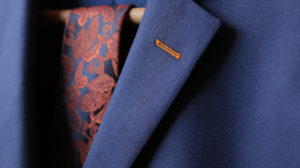 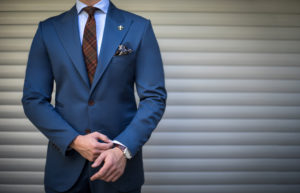 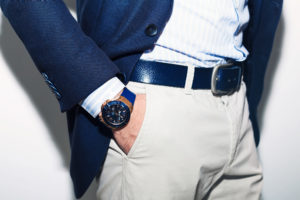